About Our Marketing Team

In 14 years of research and experience, Adrian Boysel has created million dollar brands, increased visibility, made better offers, and more conversions. His process is designed to educate and inspire you, giving you the marketing tools needed to succeed. Call today to get focused on your growth, and putting you on a solid track to success and profit.

Adrian's service includes a comprehensive consult to help identify what's working, the gaps, and opportunities. His report includes a project plan with timelines and cost analysis. These individualized plans are strategies founded in facts, logic, and data. This will help you quickly become the industry authority.

Upon graduating from Oklahoma State University in 2006, Chris McKinzie took a job at Tulsa World as a web developer for 3 years. Growing tired of corporate work, he eventually started his own web development company, which he ran until 2019. During those years, he designed & developed hundreds of websites, marketing campaigns and graphic design projects.

Amanda Lawson is the Business Operations Manager at Adrian Agency. Previously, the founder of USA Virtual Assistants and Marketing Director of 4 local automotive dealerships. Amanda has been building websites and managing digital and print marketing since 2000 when she built her first website. After successfully managing a team of 14 executive-level virtual assistants for 7 years and providing marketing in corporate positons, she joined forces with Adrian Boysel back in 2018. Now she acts as a liaison between clients, provides design ideas and manages projects for the team while working to enhance the team environment. She continues to educate herself on the ever-evolving marketing industry and focuses on the specific needs of our clients’ industries.

Ian Parel is an experienced Motion Graphic Designer with a background in video editing, and he can create videos that range from simple 2D motion projects to videos that include: Title Design, Title Sequences, Text Animation, Motion Graphic Animation, 3D Camera Tracking, Texture Overlays, Video Overlays, Cinemagraphs, Kinetic Type, Keying, Chroma Keying, The Parallax Effect, Stop Motion Videos, and Rotoscoping. Over the past few years, Ian has grown and developed an array of skillsets, and he has become proficient in many programs such as Adobe Illustrator, After Effects, Photoshop, Premiere.

Chelle Truman began writing professionally in July of 2015 after a lifelong obsession with the craft. As a copywriter and content writer, she is responsible for implementing SEO best practices, writing for engagement as well as advertisement, and maintaining consistency in brand voice. She considers herself a Jill-of-all-trades and is also an artist, a crafter, and a general maker and fixer of things. When she isn’t creating, Chelle is an avid gamer, a voracious reader, a keen outdoorswoman, an adventurous home cook, and a theme park enthusiast. She enjoys spending time with her husband, son, and two cats in and around their small town.

Tyler Cleveland is currently a senior in college and studying to obtain a Bachelor’s in Graphic Design. She is working towards pursuing a career in the art or marketing world. Tyler mostly spends her time with her two babies, and when she does have free time it’s used to level up her art skills. Anything to do with art (especially writing) she's here for it. Tyler draws or writes stories in her free time; and leans towards fantasy writing and cartoons/comics for her drawings.

Fahad Ahmed started his web development career in 2014 as a Front-end Web Developer, and went on to complete a bachelors degree in Computer Science and Engineering in 2016. Now, he works as a WordPress Web Designer and Developer for Adrian Agency. Fahad has always loved to work with a team, because teamwork enables each member to share ideas and responsibilities. He also loves to work in a field he is passionate about because his passion for web development and design allows him to work constantly, consistently, and well.

Patrick Rosales started his graphic design career in 2016 as a Marketing Graphic Designer in a well-known gadget and appliance store where he was responsible for store design, billboards, flyers, social media posts, and other internal projects. Patrick started his journey with just Photoshop but he developed his skills over the years and became proficient in using various graphic design applications such as Indesign, Photoshop, and Illustrator. He also learned to edit videos in VEGAS, After Effects, and Premiere Pro. Now, he puts his graphic design mastery and skills to use for Adrian Agency.

Mike Feyz is a Web Developer with ten years of experience working alongside many different types of executive teams. He specializes in web development and is responsible for resolving coding problems. Mike is a powerful force in the workplace and uses his positive attitude and tireless energy for developing systems. He is inspired daily by reading articles that correspond to his job at Adrian Agency from sources all around the web. Mike likes to listen to playlists of music while he's working on challenging programming problems; maybe that's the secret to his endless energy!

Diving Deep Into Our Culture

Want More Results From Your Webiste?

This blueprint is has based on proven strategies that have helped thousands of clients earn millions of dollars. 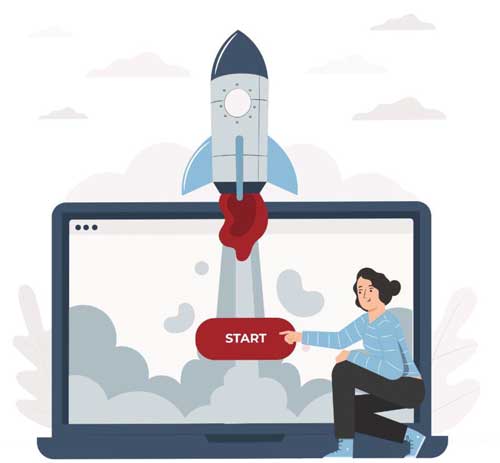